In 2000, a group of HIV+ men started meeting for coffee and formed a social alternative to the bars. The group would provide drug-and-alcohol-free social activities for its members as  a means of networking and support. With the goal of enhancing the spirit and enhancing the health and well-being of HIV positive men in San Diego, a movie night, beach bonfire, volleyball, and other activities were soon added. POZabilities still meets for coffee twice a week and offers two to three other activities each month as well as Thanksgiving and Christmas Day potlucks

In 2015 POZabilities became a 501 (3) nonprofit charity offering social activities and producing community forums and workshops covering topics of interest to all those affected by HIV.  We also offer Building on a Positive Life, an education/support group for HIV positive men. POZabilities social activities are open to all those living with HIV and its educational events are open to everyone.

POZabilities is a volunteer effort to reduce isolation, depression and stigma among individuals in San Diego who are infected and affected by HIV through education, outreach, and networking.

POZabilities envisions an HIV+ community where social support is strong, where isolation, HIV prejudice and discrimination are eliminated, and where HIV+ individuals live healthy and fulfilling lives.

We Aspire To Be

Forward thinking, collaborative, and willing to engage with the community we serve. Instrumental in efforts to build a community that has the information, support, and mentor-ship to lead healthy and fulfilled lives.

POZabilities directs it efforts to those living in the City and County of San Diego, specifically to:

POZabilities Board of Directors meets a minimum of 6 times a year for progress  review, and planning sessions. The Board provides financial oversight, ensures adequate resources, ensures legal and ethical integrity, enhances POZabilities public standing, and monitors and strengthens programs and services.

The public and the community are welcome and invited to attend POZabilities board meetings, except  those portions reviewing  personnel matters.  Please feel free to contact POZabilities Chairman of the Board of Directors at poz@pozabilities.org. 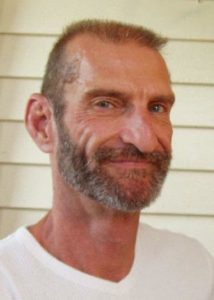 HIV positive since 1985, Jerry began volunteering in the HIV epidemic in 1985  as a  group discussion facilitator, community forum planner, and board member of Stop AIDS Project in San Francisco.  He developed the city’s Safe Sex and Intimacy Workshop, co-developed a disability workshop for UCSF’s AIDS Healthcare Project and AIDS Benefits Counselors. After a move to San Diego in 1998 he became a peer advocate at Being and  facilitated a peer support group. In 2000 he received CRIA’s HIV Treatment of Education.  HE joined POZabilities  board in 2015. His awards include the 2012 San Diego Pride Champion of Pride Award, the 1997 San Francisco Points of Light Award, and the 1996 Sam B. Pucket Memorial HIV Prevention Award. He lives in San Diego making fabric art. 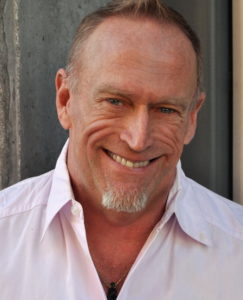 Joe has been a member of San Diego Pozabilities for many years and joined the board in 2015. He has been employed by the Interfaith Shelter Network since 1995 and served as the Manager of the Rotational Shelter Program and now is the Director of Operations for the agency. Joe is a Navy Veteran and has been a resident of Chula Vista since 1991 with his husband Steve. 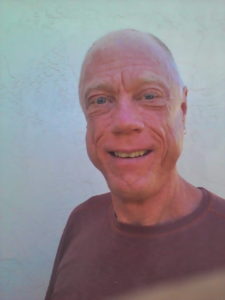 Kevin is  a San Diego native, received degrees in Accounting from Point Loma Nazarene University and San Diego State University (Federal Taxation). He earned his CPA license and worked in the tax departments of the CPA firm KPMG Peat Marwick Main in San Diego and San Francisco.  In January 1987, took a position in the tax department of Dole Food Company in the Los Angeles area.  In 1996, due to illness, Kevin moved back to San Diego to be with family.  In January 2000, he became a member of the San Diego Gay Men’s Chorus.  He joined the Board as Treasurer in August 2004. Michael lived in Hillcrest in the early 2000s while working as CTO for the Navy and Marine Corps Intranet program. He and his husband moved back in 2018 to enjoy his early retirement. Over the years, Michael has lived in many parts of the US (Dallas, DC, Omaha, Denver, Detroit, Dayton and Bloomington, IN) as well as the UK and South Korea. He’s traveled extensively to most of the metropolitan areas in the US and Europe as an information technology (IT) consultant. This role was focused on strategic planning, working with stakeholders to find the best solution to challenging opportunities working with governments and fortune 500 companies. Michael served as a volunteer and board member for the Texas AIDS Network in 1995-1996 while living in Dallas.  As a technology consultant interacting with diverse groups of stakeholders, he knows firsthand how important it is to listen, engage, and participate. Michael looks forward to bringing these skills to his work on the POZabilities board, expanding their community outreach and education programs.